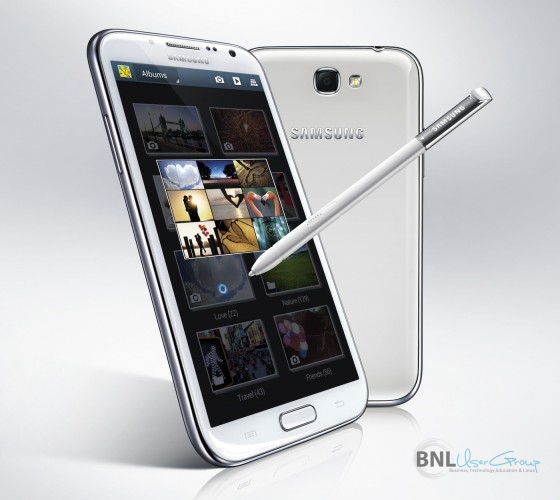 Since the year 2011, Samsung has been releasing a series of phablets, bringing a revolution in the industry.  Samsung sought to meet a niche that was not thought of in the past, combining both the features of the Smartphone and a tablet. This invention has been received very warmly in the market

Every year, a phablet in the name of Galaxy Note is released. This comes with a lot of surprises, because of the attention to details during the making of every phablet. However, just like it is expected of the consumer, they will soon get tired and look forward to the next best thing-even from the competitors! This very fact makes Samsung to keep researching and developing their devices.

The last release of Samsung Galaxy Note 3 was received warmly in the market. The reviews revealed that the device was and is the most impressive android in the market today.  The sales have been really encouraging for the tech giant.

While people were still buzzing about the amazing features, Samsung has now gone back to innovation. The tech giant has now promised the consumers that they will be releasing another incredible phablet, Galaxy Note 4, soon

With the release of Galaxy Note 4, you can expect that there will be a revolution in the Smartphone market.  People say that the specs promised are too good to be true. Yet, reading in between the lines, Samsung is serious. The latest Samsung Galaxy Note 3 tells you that this tech giant has already taken over the market!

What Specs Can We Expect?

Samsung galaxy note will be an improvement of the just Released Note 3, with more specifications being added to meet the needs of the consumers. There are two main specifications that will make the phablet sell in large numbers. These include:

The Korean tech giant, Samsung, is said to be on a mission to bring into the market a phablet that will change the lives of people who love to take images and pictures using their Smartphone. In the available cameras today, it is almost impossible to take perfect images in dim areas. The images do not look as clear as you would wish. As such, people resort to using their digital cameras.

Galaxy Note 4 has a anti shake feature that makes it possible for the person using device to take images even in those dim areas. Further, this same feature makes your images similar to those taken using a tripod.

Wireless charging is not new in the market. However, the consumer has failed to find what they have always wanted, and have been looking up to innovators such as Samsung to offer a solution. Samsung has finally come in handy, and they are working hard to impress their consumers.

The current wireless charged devices from competitors such as Nokia do not impress. People really buy them for other purposes- but not wireless charging. This is because the distance in which you can place such a device for charging is limited.

Samsung’s next big brother, Galaxy Note 4, will be using a magnetic resonance technology. This is the type of technology that allows you to charge your phone and other devices from afar. There is no limitation as it is with the currently available devices that use wireless charging. This amazing innovation may beat major competitors out of the way.

The camera and the wireless charging are specs that everyone is buzzing about as far as Galaxy Note 4 is concerned. However, there are other great specifications which include:

Competitors to Watch Out For

Samsung has to make considerations of competitors such as LG who have proven equally innovative. When Samsung released its first Note, the competitors did not give it much a thought until the point when they realized that Samsung was buzzing all over the world.

No one has reached Samsung’s standards yet, but there are competitors who may be very close to the tech giant. Sony, HTC and Nokia are really gaining momentum in this phablet market today. HTC’s one max has been warmly received and the Xperia z ultra from Sony is also equally good. However, there can only be one king at a time, and it is Samsung that has been crowned so!

Consideration the price of Galaxy Note 3, we can confidently say that Samsung Galaxy Note 4 will be also affordable. The last phablet went for 750$, which was reasonable considering the specs featured.  What we can not be very sure of is the actual price of the next note. However, we can speculate.

By the time Samsung releases Galaxy Note 4, the price of Note 3 will already be way below the 750$ mark. There is also a likelihood that no other phablet will be going for a price close to 750$. This means that Samsung could consider releasing its next Note at that same price. Going further into the speculation, we can be sure that Samsung cannot afford to go above 800$ mark because of the competitors’ price.

Going by the record, Samsung releases its phablet once in a year. The first, second and the third Note were released between the months of August and September. Therefore, we can make a conclusion that September will be the ideal time for Samsung to release Galaxy Note 4.

There are factors that could affect the perfect and orderly timely of the next Note release date. These include:

Waiting for the Truth

The future is promising for Samsung phablet lovers. The year 2014 will mark the beginning of a new chapter in the Smartphone market due to the release of Galaxy Note 4. While we may speculate and rumor around about the device, only Samsung has the truth, and we hope they will not keep us waiting before we also get a glimpse of it.