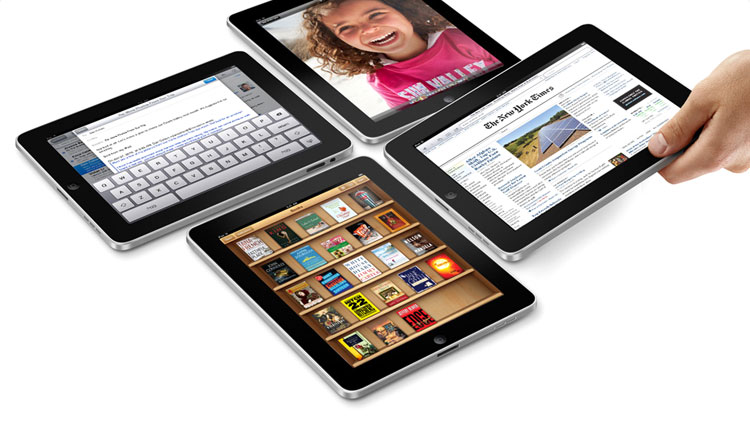 If you have a first-generation Apple iPad, you might want to put it somewhere safe, because it’s likely to be a collector’s item in a few years from now.

Tablet computers existed before the iPad came along, but they tended to be for very specific purposes – for example, custom-built handsets for use in television production and other such disciplines, or ‘ruggedised’ portable computers designed for hazardous environments.

With the iPad, Apple transformed the niche segment into a mass market in its own right, and ended many consumers’ love affair with laptops overnight.

Even if you don’t think of the iPad as a design classic – in the way that the iMac was, for instance – it’s still likely to hang on to its place as the iconic example of tablet computing for many years to come.

The secret to staying at the forefront of iconic design, of course, is not to remain static, but to continually revise the appearance and features of a product to keep it fresh and relevant.

Apple has done this expertly with the iPad, introducing the Retina display in March 2012 and playing to their strengths as a brand long associated with lush graphics.

That incarnation of the iPad sold three million units between March 16th and 19th of 2012, 1.5 million of which were over the launch weekend itself, despite only going on sale in 12 countries – a further 24 countries had to wait until March 23rd to get their hands on one.

Later in the same year, the iPad mini and iPad fourth generation went on sale, shipping three million units in their first weekend in early November.

Although there are literally millions of iPads in the world right now, it will be the earliest models that become true collectors’ items in the years ahead.

If you don’t already have one, and want to invest in one in the hope of selling it at a profit in a few years’ time, a refurbished iPad is a good option.

These offer you as-new condition, but can still let you buy models that are no longer available directly from Apple – often at a lower price than a new iPad.

Keep your eyes peeled for first-generation models making it on to the market, and when you see one, it might be wise to act quickly before somebody else snaps it up.

As the years pass, it will only get harder to find a first-generation iPad on sale and in fully working condition; and the price is likely to rise as demand for the truly iconic first editions begins to outstrip supply.