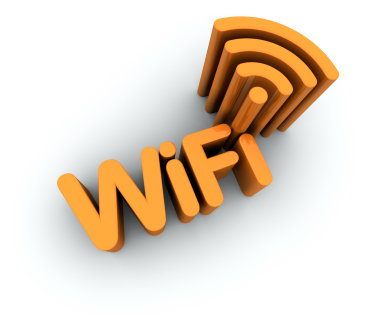 Consumers are now geared to enjoying mainly three wired and three other wireless technologies within the comfort of their homes. These developments are rooted from the need to acquire instant information and ultimate entertainment for every household. Consumers who are not able to get access fro wifi points can now use the technology through sending signals via television cables and other electrical wirings. This will allow internet users to enjoy higher throughput with the combination or wired and wireless connections.

This already exists all around the world and the latest innovation will include its tie up with the IEEE 802.11 ac. This is a specification that is expected to be used through tablets and phones. The chips are very small devices that could run at 300Mbps – speed which is several times faster than current wi-fi systems used on phones.

WiGig is being pushed by the Wireless Gigabit Alliance because of its ability to run at 60 GHz range. These might not seem to travel far but according to the company it has the ability to connect things nearby at a point-to-point scheme. For instance, the WiGig is able to allow a thin light to connect to a computer system without the presence of Ethernet Ports. It can also be used to send video streams that have high definitions to a television for gaming and viewing.

Home theaters and projectors can now have adapters to use the WirelessHD at a speed of 28Gbps. Silicone Image is the company behind this technology and is proud to announce the chip which can be applicable to tablets and cellular phones. This technology is claimed to receive and send video at 1080 pixels with sound along multi-channel facets. The company also includes the development os a wired system with very high speed that could connect mobile devices to home electronics known as Mobile High-Definition Link or MHL.

This technology runs through the use of coaxial cables that could sprout from walls of every home located in North America. Moca 2.0 is another technology that is very much suited to the distribution of video inside a home. Its standard speed is at 800Mbops along the Enhanced Performance Mode.

This kind of technology allows data transmission through the electrical wirings that are installed at home. It basically serves as the backbone of a main network that reaches tablet, televisions and gaming consoles through the Ethernet ports or Wi-fi technology. The adapters which are plugged into the sockets allow for the possibility of the connection.

Gigabit Home Networking or G.hn uses a single standard for plastic optic fiber, copper wires and coax to allow the vendors for the making of one product that could suit all kinds of media. The products are known to be based along the standards set by the International Telecommunications Union. The technology utilizes chipsets for the distribution of data, voice and video through coax, copper lines and power lines.