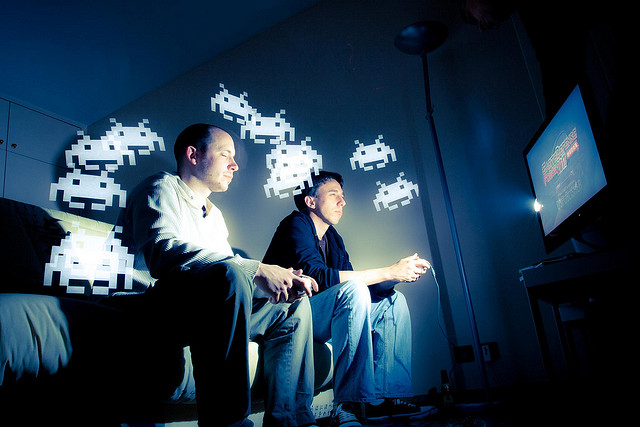 For decades now, video game developers have been trying to make their characters look as realistic as possible. Though their chest dimensions and waistlines may be a little exaggerated, we can clearly see a transition from two dimensional drawings to their three dimensional counterparts. With this in mind, you have to wonder if video games are becoming too much like real life. Is this virtual reality a good thing?

Take, for instance, the development of Second Life – an entire world that people can go to and be whoever they want to be. This is a great opportunity for the otherwise unsocial to feel like they are part of a group, but it also gives them an excuse not to mingle with the rest of society. It is sort of like the dilemma we are going through with texting at the moment, where people are more willing to type to one another than they are to talk. In some ways, technology is getting the better of us.

With this in mind, advancing technology isn’t necessarily a negative. For instance, the development of the Wii U has allowed more families to play video games together because a less-skilled player can control the game pad. He does not have to play every second of the game. He only has to be active when the other players need him.

Another interesting development in video gaming is the involvement of cognitive synergy. This occurs in the human mind, giving us the ability to process more than one thought at once and prioritize one over the other. Scientists from Hong Kong have found a way to implement cognitive synergy into a handful of video game characters, all of which are capable of acting on emotion. This radical video game software will not only make video games more like real life, but it will also give scientists a way to better understand the operation of the human mind. It is a win-win solution.

Are video games becoming more like reality? It appears so. Whether that turns us all into gaming addicts or it just enhances our experiences, it’s safe to say that the massive changes in the industry have only just begun. Keep an eye out for further developments for your favorite games and consoles. You’ll be living in a virtual world before you know it.