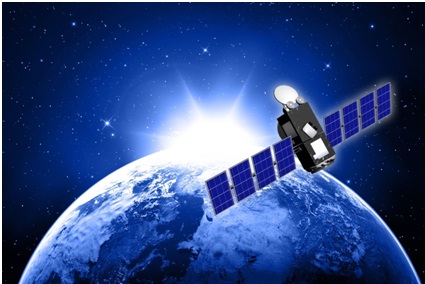 Satellite communications have revolutionized the way we stay in touch, whether during an emergency when traditional communications are disrupted or when we’re in areas of the world where there simply isn’t any other way to stay connected.

However, while satellite phones have allowed people to communicate via calls or texts, that’s really been the extent of it. That’s changed, though, with the development of the Broadband Global Area Network (BGAN), a worldwide satellite Internet network. Using portable satellite terminals, people in even the most remote areas of the world can access the Internet and stay connected.

In April 2011, when a violent uprising began in Tripoli, Libya, most foreign news correspondents faced difficulties in sharing images and information from the scene. Between the dangerous activities taking place that put everyone’s lives in danger and the restrictions placed on the way in which the situation could be reported, there were few options for coverage.

However, British-based Skynews was able to get real-time, live images out to its viewers — and by association, the rest of the world — thanks to its BGAN system. Using a truck equipped with a BGAN terminal outfitted with a special device that allowed it to work even while in motion, reporters from the network could shoot video and stream it via satellite to London and beyond.

In most cases, the uses of BGAN technology aren’t quite so dramatic, but the Libyan situation highlights the benefits of such a system. Developed by Inmarsat, the BGAN network is made up of three stationary satellites positioned at various points above the Earth. With a clear view of one of these satellites, anyone with a terminal can access the Internet from anywhere on the planet. So whether you are a journalist in the war-torn Middle East or simply a hiker who wants to check his email after setting up camp for the night, you can do so.

BGAN terminals work in largely the same fashion as satellite phones; essentially, they are portable satellite dishes. To use one, you would connect the terminal to a computer and then attempt to locate a satellite signal. In most cases, the terminals work best outside; it is possible to use them indoors, but you must be located close to a window with clear visibility of the sky in the direction of the satellite.

The process of finding the signal begins with the terminal determining your GPS location so it can find the closest satellite. Once your GPS coordinates have been determined, you may need to slowly rotate the terminal in order to find the point at which a signal is sent to the computer. When the signal is secured, it only takes the touch of a button to finish connecting the computer to the satellite. In most cases, the entire process takes two minutes or less.

Once you’re connected to the Internet via BGAN, it works just like any other connection, albeit slightly slower in some areas. Depending on how close you are to the edge of a particular satellite’s coverage area, you might notice a slowdown in the connection speed for certain tasks. In other words, this usually isn’t the Internet connection you want for streaming videos, but it will work fine for sending emails and performing basic tasks.

Because BGAN terminals operate on lithium-ion batteries, they can be charged and recharged many times. The terminals can also generally support multiple computers, making them ideal for disaster response teams or other groups that need to have multiple machines with access to the Internet at any given time. On the downside, the more machines that are using the terminals, the faster the batteries drain.

The cost of the service is also a deterrent to some. In addition to purchasing the terminal unit itself, which can range anywhere from $800 to close to $2,000, users pay according to the amount of data that is transmitted. The average cost is about $7 per megabyte of data, but different plans can lower that amount.

Staying in touch via satellite has opened up a world of possibilities for everyone from news crews to outdoor enthusiasts. The BGAN network offers yet another way to stay connected, and with advances in technology, the connections and possibilities will only improve.

About the Author: Hobert Pruitt works with Global Satellite Communications, a leading satellite-phone provider. You can learn more about satellite phones and the BGAN by visiting http://www.globalsatellitecommunications.com/.