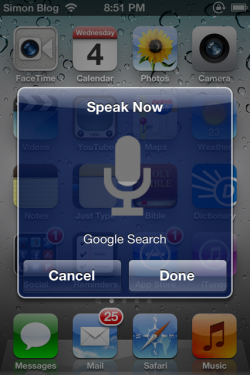 Google have decided to improve its search on voice commanding. Since, people have addicted to use only smart phones and tablets and investing less on computers and laptops. So to search anything on Google it is very hard for a person to type on the touch screen smart phones, because, the letters are more conjugated to each other. Without any hesitation, the finger will easily get tapped on the other letter which will make the user more irritable to type using the touch screen keyboard. hence, Google started its research on voice search which will make the user feel comfortable to search any desired websites.

Why Google is Focusing on Voice Search? 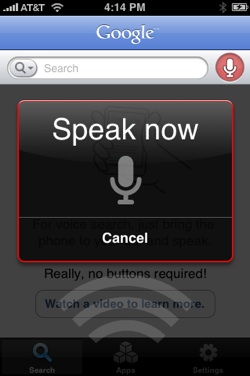 Majority of the population in the world use Google to find their desired web pages and sites. So, Search is Google’s cash. Google keeps on making more cash only on Search than that of other products like YouTube, Google Images, Google Orkut, Google Maps, Google Play, Google News, Google Drive and many more. Only Google Search is making more cash in which it is bringing in a majority of its $50 billion revenues from last year.

The India-bred, the Tanzania- born, US educated, vice president of Google Search Mr. Ben Gomes is on his research with his four other engineers in this operation. Mr. Gomes and his team members work on their fine tooth comb search of the worldwide web to serve up the popular search engine. Mr. Ben Gomes who always have a look on Google’s handling on 100 billion searches a month have decided to bring a new interface between the user and the smart phones and the mobile users including tablets which receives commands from the user using voice over microphone. Since it is very hard to type on a small touch screen, Mr. Ben Gomes have decided to bring the interface to the smart phones and mobiles using voice over command. So, the team realised that there is a need of interface to be built which it must be similar that the way we talk to a person and ask a question. As there is already a voice search in mobiles and smart phones but they are not up to the  that they have expected. So, they are going to get better and more intelligent than that of the earlier.

When Mr. Ben Gomes joined Google is the year 1999, search was just like finding words that we search for a document or a file. So, Mr. Ben Gomes took this issue seriously and decided to give the user what actually and exactly they needed than that of the extra related articles or documents. As Mr. Ben Gomes and his army trawl through over 20 billion webpages a day, they use algorithms to make search more intuitive, multimedia and super smart.

The team have been developing the search in such a way that we can ask a direct question to the search engine. If you have scheduled any time for a flight then we can directly ask ” At what time my flight is to New York?” or we can even search photos where you have recently posed just by saying “show my photos from Switzerland.” In this way the Google search is being reputed in voice over command.