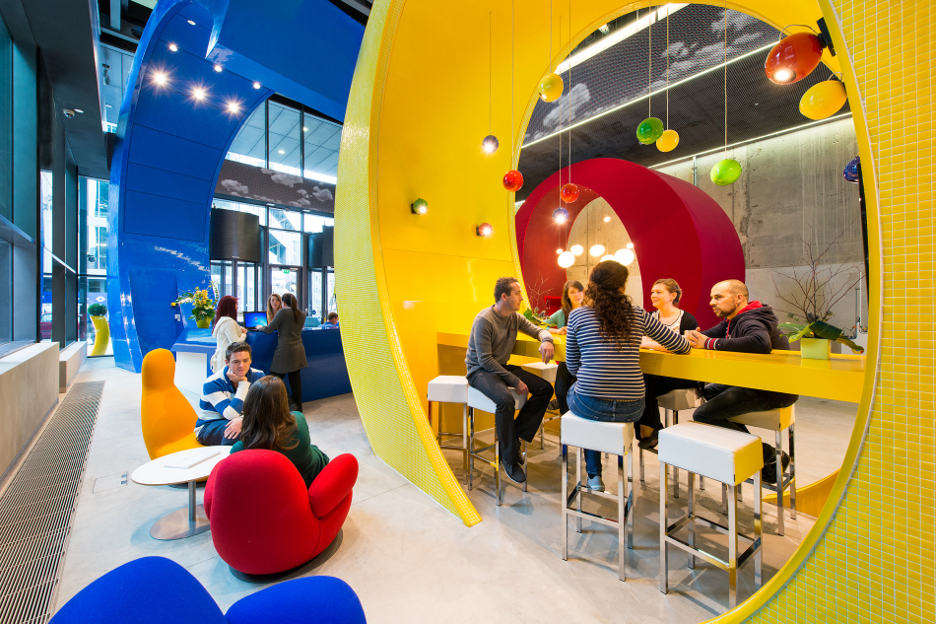 Looking for design inspiration? The best solution is to look to some of the most successfully “fun” offices around. Since they are so different from one another, one of them has to spark creativity for your own project. Either way, your project can only be successful if you are inspired. Let’s get inspired!

#1 The Happy Shiny People of Zappos

Zappos.com is predominantly a website that sells shoes. Everyone loves footwear but selling shoes always has the feel of Al Bundy. So they had to create one of the coolest offices to work at in history. Dubbed as possibly the “Wackiest workplace in America” by ABC News, their office caters to the employee in countless ways.

#2 Vocus’ “New Urbanism”: Half a Jeep and Zebra Stripes

Vocus is a cloud software provider based in Beltsville, Maryland. Not that that matters. What really matters is their office design. WW2 era jeep coming out of a brick wall surrounded by couches with zebra striped patterns, makes this open space look of “New Urbanism” work beautifully.

Just outside of the “New Urbanism” category would be just plain “Urban”. At Epic’s office Forbes magazine was impressed with their subway car designed hallway complete with fake homeless man sleeping on board.

Sick of the stairs? Need something more extreme? Or just want to harken back to your childhood? Red Bull has a large slide that takes you from one floor to another right in the middle of their office building.

This goes right in the middle because people either love the fact that Frank Gehry is designing Facebook’s new campus, or they hate it. Its essentially a giant room that is made to look like a hill.

Sometimes looking to the past can trigger inspiration. While most of the Wonder Factory in NYC is very modern and eccentric, the library style conference room is enough of a stimulant to get anyone’s creative juices flowing.

These two need to be combined because they are both simple designs that focus on minimalism. While “Nothing” in Amsterdam has given a turn of the century look to their office with cardboard, Buck O’Neill’s Builders stays minimal with cork and stainless steel.

Google goes at the bottom of the list. The reason is that there is just so much going on there that it is almost sensory overload when looking for inspiration. But if you grab just the right part of the office, it can get you inspired.

Groupon’s office reminds people of the set of a kids tv show or a live action video game. Or any of the many places you wanted to go to as a child. Which means it is super awesome to work there as an adult.

These are just ten of some of the truly over-the-top, unique offices from around the world. If you extend your search you are likely to extend the inspiration. But when designing your new office, just think about what makes you happy. Chances are if you can appreciate it, others will too.