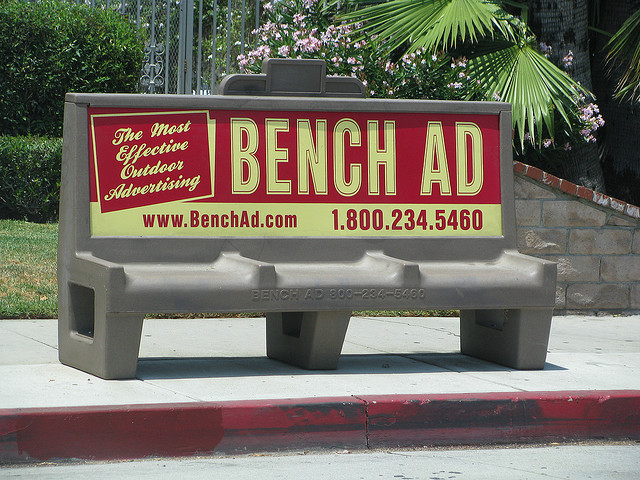 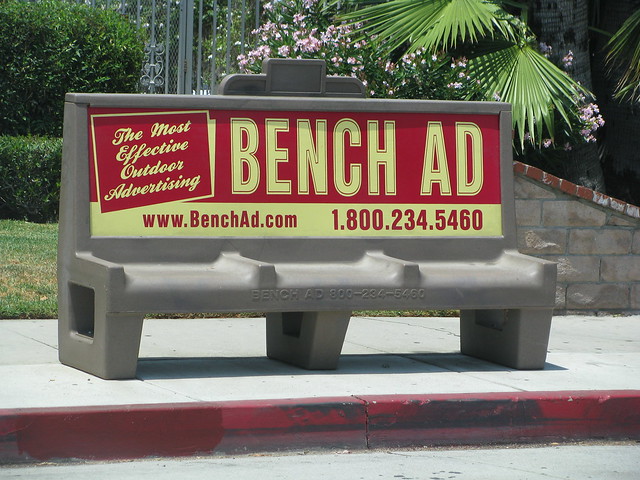 The Pros of Bus Bench Advertising

Bus bench advertisements are one of the cheapest and most cost effective forms of print advertisements available; at an average cost of $250 a month. However, if you are going to utilize bus bench advertising, you need to factor in the cost of purchasing more than one bench in order for this form of advertising to make a difference. Many people make the mistake of only advertising on one bench, this does not create enough exposure for your ad to make a difference in your business.

Unlike other forms of advertising, bus bench advertising allows you to target to the specific population of the neighborhood that that bus bench is in. The mistake many people make is that they forget to alter their ad campaign so that it caters to and appeals to that demographic group. It is a waste of advertising money if you try to advertise to a certain group of people using an advertisement that will not appeal to them.

The Cons of Bus Bench Advertising

The small size of bus benches means that your advertisement will have to be short, catchy and to the point. This is the most common reason for bus bench advertisements not being effective. People often have trouble coming up with a small yet effective advertisement, which causes people to overlook or ignore their advertisement. The other part of the problem is that most benches that are in prime locations are most likely already taken. If you cannot find a bench that is in a decent location, do not waste your money on placing an advertisement on a bench that will not get high traffic to it.

Bus bench advertising can be a highly effective way to advertise your business. However, in order for the advertisement to be worth your money, you have to make sure that the bench is in a good location and you have to make sure that your advertisement will appeal to the neighborhood that it is in. If you are able to properly utilize bus bench advertising it can be one of the most cost effective and lucrative forms of print advertising that your business can use.
Accept Article

Austin Faux is a blogger and copywriter for Netaff Attorney Marketing.  You can find me glued to my computer and phone during the work week.  But when I’m home I’m helping my beautiful wife relax, playing with my two wonderful kids and messing around on my nerd podcast, “I Am A Super Nerd.”