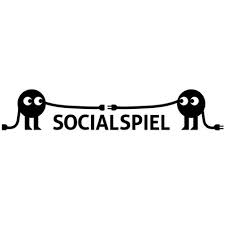 Socialspiel is quite popular as the organization that pioneered the Social games in Austria and was founded in the mid of 2010. This organization has been founded by the Ex staff members of the Rock star organization who have had enough gaming experience as well as experience in the way the games are developed, managed and the approach in which the development team is headed. The additional funding of around 200000 pounds would be soon in effect and this is due to the change in guard on the upper levels. This funding of such a huge amount is being directed by German Angel fund with collaboration from gaming industry veterans Mike Borras as well as Clemens Beer. This contribution brings the entire amount that has been raised to somewhere around 500000 pounds.

The New CEO to the Social Gaming World

Mike Borras who has played a major role in contribution of that 200000 pounds has been hired as the new CEO, the position which has been passed on to him by the initial co founder, who is being transitioned to the post of COO, Helmut Hutterer. Prior to this role that is being assigned to Mike in the gaming industry, he was one of the employees of Rock star games, which is one of the biggest organizations running the gaming industry. The legacy of such an organization does not end here as the new investor that is putting up a major portion in the two hundred thousand pounds was a lead in the game development team at Rock star Games.

Utilizing the Funding for Gaming & Development

The gaming veterans Mike & Clemens Beer would act in the board of the organization, whereas the fund that has been collected would aim at enhancing the team behind the development of social games. The existing members of this team are eleven; however the planning incorporates to grow the team to at least a figure of twenty by the mid of the coming year. The remaining funding would be utilized in realizing the already existing model of IP or games as developed by the organization. Another part where the funding will play role is where the development teams would work with third party brands in helping them reach the mobile gaming or social gaming bandwagon.

Socialspiel is well versed in a variety of fields; hence in spite of working with third party gaming brands that have a vast IP catalogue, the organization also focuses on developing its own games that are gaining popularity. The games developed by the organization utilize the technology developed by them along with the invented IP and these games are available for social web sites, where they are free to play. Apart from the social web sites, the organization targets variety of platforms such as mobiles, tablets, and other hand held low powered devices. These gaming titles are self published by the company and a popular title is the “Tight Line Fishing”.