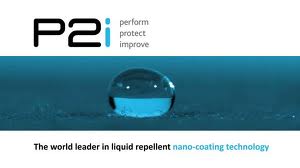 P2I has created a new vision for the mobile industry and this vision is specifically targeted at the smart phones that are the new generation phones. The technology being developed by the technical experts at the P2I is aimed at making the smart phones, accidental proof as well as water resistant, while simultaneously ensuring that these smart phones keep the same trendy look that they were designed for. P2I is better known or rather acknowledged as a pioneer in liquid repellent technology that utilizes nano-coatings. The same was in fact realized by the IBA          which is an abbreviation for the International Business Award and P2I was offered a bronze for being one of the most innovative, organizations among the European category. This bronze was a successor to the gold award already won by the organization over the last two consecutive years.

The award that was offered to the P2I was based on the fact that the organization has played a major role in recognizing the market gap in the entire electronics sector related to a technology that can supply prolonged water protection; while simultaneously acting as invisible; thus preventing in compromising the flawless looks of the various smart phones, for which they are well acknowledged. This takes place with the application of gaskets or sealants and ensures that the looks of these mobiles stay intact. Owing to the mastery of such technology or technology of the like, the CTO of the P2I stated that the consecutive three year awards won by the organization are justified.

The development of such a technology ensures that the mobile phones would be safeguarded from both, accidental incidents as well as water damages. This kind of innovation in technology ensures that the organization has an ongoing commitment towards innovation in the field of shielding coating. This even shows the aptitude of the business to implement solutions in a cost effective manner for all kinds of electronics as well as smart phone manufacturing. According to sources, this is an achievement which is far behind from being achieved by other organizations and owing to this technologically advanced and modern hydrophobic coating, the smart phones as well as all kinds of mobile devices are about to embark on an entirely new journey.

With the advent of this technology, the working as well as the feel of mobile phones will completely change and this is owed to the nature as well as the surface density of that forms the nano-coating. This coating is formed during the disposition process that is related to enhanced plasma and owing to such technology; P2I is capable of producing films over mobile phones that will have exceedingly firm control over thickness of the film as well as the coating of the film. Apart from smart phones & tablets that are the major target of the film, this film is suitable for a variety of other devices as well.