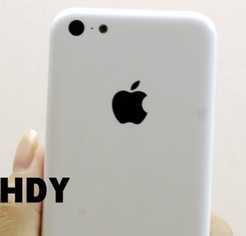 Over the past few months there have been endless rumours about Apple’s plans to launch a second tier, budget-oriented iPhone later this year at the same time as it pulls back the curtains on its new flagship mobile device.

While most of the information offered on the so-called iPhone Mini has been vague, there have also been quite a few images that are alleged to be ‘leaks’ from Apple’s supply chain, apparently showing what the device will look like when it is eventually revealed.

But most fans of Apple products will want to know whether the budget iPhone is a fake or the real deal. Since it could be launched as soon as September, there is not long to wait for official news, but it is still possible to come to a conclusion based on the current evidence and work out whether you should make cash with your iPhone to prepare for the upgrade. Although Apple is known for innovating in the tech market, its recent releases have largely been motivated by a competitive need to keep pace with rivals rather than an attempt to broach new, previously untapped areas.

The iPad Mini, for example, made its debut in 2012 as an answer to the growing number of bargain basement Android tablets like the Google Nexus 7 that were swamping the market and squeezing the sales of the full size model.

Equally the iPhone Mini could be introduced to prevent rivals from chipping away at Apple’s sales figures, which seems to be a growing problem for the company.

Back in 2010 the biggest leak ever to hit Apple occurred when an engineer left a prototype iPhone 4 at a bar, leading to lawsuits and effectively meaning that everyone already knew about the device before it hit the market.

While things have been kept a little quieter prior to the announcements of the subsequent models, there are still plenty of inside sources who are willing to spill the beans and the budget iPhone has been a particularly popular topic.

There have been plenty of fake images and details published recently, but the weight of convincing information from solid sources suggests that Apple is almost certainly developing this legendary device.

So what details relating to the iPhone Mini sound the most plausible and which should be discounted? In terms of hardware specifications, reports that claim it will be the equal of 2011’s iPhone 4S seem to be very believable.

It is also almost certain to be made available in a range of colours rather than the usual black and white options for the flagship phone. This should help it appeal to younger audiences, with the low price allowing Apple to broaden its potential audience even further.

The only problem amongst all of this is the idea that by releasing a budget iPhone, Apple will be impacting on the premium reputation of its brand, which could damage the appeal of the more expensive models. But in all probability it will continue to achieve success no matter what product emerges.

You can make cash with your iPhone by using Music Magpie – an online recycling service. Try it today!