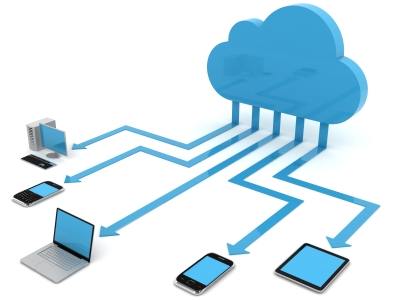 A recent study was conducted by the Forrester Research organization to figure out the most preferred devices for cloud system. And the result is out; the top two choices seem to be Windows Azure system by Microsoft and Web Services by Amazon. The study focuses on intrinsic factors like the bases of service provided and OS being used.  While Web Services by Amazon does top the chart, Azure by Microsoft as well as the cloud system provided by Google. There are a few other players who seem to do well but there are also players who do not seem to know what to do to move ahead and there lies the issue. The study also reveals a lot of interesting facts about all kinds of players in the market indicating towards strengths and weaknesses of each in turn.

There were also some interesting facts that emerged during the course of the study. While the base number of the study samples is in a few hundreds, the facts are far reaching. In fact, the facts clearly depict some basic differences between cloud system developers versus non developers. Some of those facts are stated below for your reference.

To start with, the very idea of cloud system in application finds most takers in the form of internet and mobile platforms and different application in to integration. And for approaching the same, some of the most preferred and used languages are Python, Java, PHR and a few others.

Cloud system developers at an enterprise level seem to be focusing more on the desktop version of personal computers along with their portable version in the form of laptop systems. This is quite contrary to the belief that smart devices are the new rage. While they do exist in the list of priorities, they are not at the top priority by any means at all; they rather hover around somewhere in the moderate priority zone. As astonishing as this piece of fact might be, it stands true.  And open source code programming seems to be the popular choice for developing applications.

Almost one out of every five of the developers adapted to new Widows 8 system while the same figure for non developers stands at eight out of ten. The difference also extends to the fact that developers are better integrated with business needs than their non developer brethren. Additionally, cloud systems are mostly deployed in bringing up support for large database management and infrastructural requirements. Further, the developers also invest higher number of hours on an average in creating the codes, including personal code programming purpose. About half the numbers of non developers tend to the same. In fact, almost four out of ten non developers do not spend any time programming to create codes by themselves for their own purpose at all.

And when it comes to skeleton being used for cloud programming, developers seem to favor certain platforms more than other available options. The first three popular choices include Build Forge from IBM, Ant from Apache and Foundation Server from Microsoft.