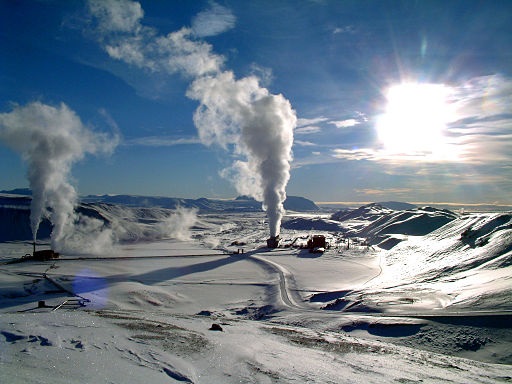 The term geothermal originates from the two Greek words ‘Geo’ and ‘Therme’ meaning earth and heat respectively. Geothermal Energy is just that, it is the heat which is derived directly from the earth’s centre and stored within the earth’s layers. Geothermal energy is used to produce electricity, to heat out buildings and cool our offices.

Geothermal energy is clean and sustainable and can be derived from shallow sources such as hot water to hot rock which is found just a few miles below the earth’s surface through to the magma which is molten rock found deep within the earth.

Geothermal energy dates back to ancient times and many different people including the Romans, Native Americans and Chinese have used natural hot springs for cooking, heating and bathing. Nowadays, the water from hot springs has many uses including some of the world’s most luxurious spas, heating buildings and for industrial and agricultural use.

The earth is a rich source of geothermal energy and it can be found at its most concentrated along major plate boundaries on the earth’s surface. There are four main types of geothermal resource and these are hydrothermal, hot dry rock, geo-pressured and magma. Hydrothermal resources are the only kind which are currently in widespread use around the world, the remaining three are still in the very early stages of development.

Is it the Future of Sustainable Energy?

Geothermal power has many enviable features. It is reliable, cost effective, sustainable and eco-friendly. Although geothermal wells release greenhouse gases trapped deep with the earth, they are still a lot lower than those if fossil fuels if we look at energy per unit. In fact Geothermal power plants release less than 1 to 4% of the amount of carbon dioxide emitted by coal plants. This means geothermal power has the potential to help slow global warming if it was to be used in place of fossil fuels. Geothermal power plants are easily compatible with many different environments and are currently sited in areas such as deserts, mountain forests and in the middle of crop fields!

How is Geothermal Energy Extracted and Used?

Almost everywhere on earth the last 10 feet of the earth’s surface stays at a steady 10 to 16 deg C (50 -60F). Geothermal heat pumps can be used to tap into this valuable energy resource in order to heat or cool our buildings.

Geothermal heat pump systems consist of a heat pump, duct work to create an air delivery system and a heat exchanger. The heat exchanger is a series of pipes which are buried in shallow ground near to the building.