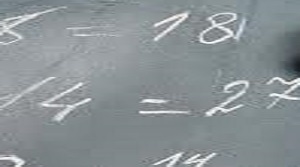 The academy system has been one of the most contentious aspects of the coalition government’s programme, with some critics (including Ofsted inspectors) arguing that forced conversion to academy status is hampering the improvement of many struggling schools. With so many opposing opinions on the matter, should we be worried about academies becoming the status-quo for the education system?

Academies are considerably different from state secondary schools. Not governed by the regulations set by the Teacher’s Union, they are, however, still subject to Ofsted inspections and follow the same rules on the admissions process. The main feature of an academy is self-rule. Instead of receiving funding from the Local Education Authority, an academy essentially becomes a charity which is funded by private donors, local businesses or faith establishments.

Giving schools the option to apply for academy status was an idea of Tony Blair, conceived back in 2000. However, this privilege was only given to establishments that were seen to be “failing or likely to fail, to give its pupils an acceptable standard of education”.

The Labour government of the time felt that some institutions needed special and unconventional measures that were not part of approved local authority guidelines. A reversal since the Conservative-Lib Dem coalition came to power means, though, that the Academies Act of 2010 now states that only high performing schools are allowed to apply for academy status. So where does this leave the failing schools?

The State of Play

The Department of Education has noted that the number of pupils in academies obtaining five good GCSEs rose by 3.1% in 2012, whereas their state educated counterparts did not even reach 1%, so it seems they are doing somewhat better. Blair’s academies were a philanthropic experiment to support low-achieving schools, but now some worry that schools have become franchises controlled by rich sponsors (for example Dragon Den’s Peter Jones and Microsoft) who only look to invest in middle-class suburbs around the country. In light of this, academies have been warned to keep the costs of rebranding, such as school uniform changes, down.

Despite these concerns, with the number of academies rising from 203 in 2010 to 1807 under the coalition, the academy will soon become a force to be reckoned with.