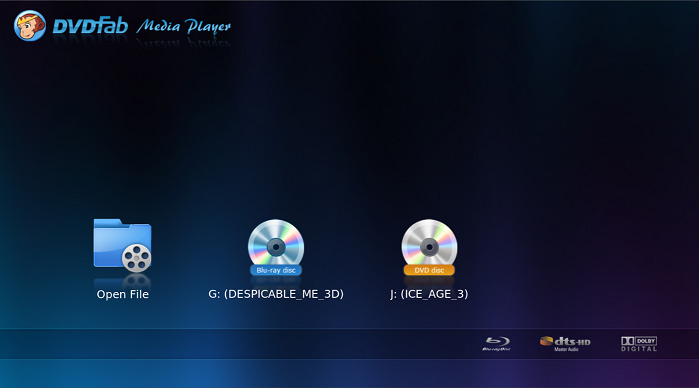 Having a hard time deciding which media player to choose for your Windows? Look no further, for the DVDFab media player software emerges as an all-in-one solution to all your music and video needs. With an extremely user-friendly and classy interface coupled with multi-functionality capabilities, DVDFab Media Player v9.0 offers unparalleled High-Definition resolution to users, unlike anything they have experienced before. The hordes of Blu-Ray media players out there in the market can really make it a hassle to choose the best one; however, owing to its advanced functionality and an abundance of features, the DVDFab Media Player easily comes out as the best media player in the Blu-ray category.

DVDFab Media Player allows you to play Blu-ray using either of the two formats, i.e. the Quick mode & Simple mode, and the Full Navigation mode. With the former, you can get a comprehensive summary of all the movie-related info, while the latter gives you greater navigation control during the movie.

The 1080p HD video playback coupled with Dolby True HD Audio & DTS HD Master Audio is yet another reason to go for this one of a kind media player, promising you a pleasurable audio and video experience all the way.

Most of the media players are not able to play the newly released movies protected by a code; probably your currently-installed media player does the same! With DVDFab Media Player, however, you can watch all the new movies to your heart’s content. Provided it has Internet access, the cutting-edge features of this media player break into the protection code of such movies and connect its server to play protected discs. All you need to do is insert the protected disc into the optical drive, and you are able to view the content in no time at all!

DVDFab Media Player offers playback for multiple file formats, including the Blu-Ray & DVD ISO files, as well as Blu-ray discs and DVDs, depending on which version you are using.

The smart recognition system of DVDFab Media Player easily distinguishes between the Blu-Ray and DVD folder, whichever you are loading currently. Moreover, all the information pertaining to a movie that is available on the Internet – i.e. the title, cast, release date, rating & poster etc. – can easily be viewed during playback, thanks to the information-collecting capabilities of the software.

DVDFab Media Player is available in both free and paid versions, each offering different features to users. The free version plays Blu-Ray & DVD ISO files, as well as other video file formats; however, unlike the paid version – which is priced at $49.99 and requires an annual renewal fee of $9.99 – it does not play Blu-Ray & DVD Discs on Windows. Moreover, the paid version comes with 48-hour guaranteed e-mail support, along with free up-gradation as opposed to the free one. To upgrade to the paid version, you need to make the payment within the evaluation period of 30 days and renew it after one term, otherwise it will be automatically updated to the free version.

With a proven track record of employing advanced technology to achieve ultimate customer satisfaction, DVDFab media player software is undoubtedly the best media player program for Windows that you would come across in the market, promising you excellent value for a meager sum of money!