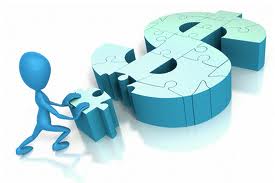 Dashboard was first developed in the year 1980’s; however, it was not that successful because of the unreliable and incomplete data it provides thus it was disregard in the market. But in the 1990’s, as it functioned adequately, the market has accepted its worth, thus making it as a vital part of a certain business organization of today. Before the dashboard’s invention, traditional reporting tools were used by many companies for their road to success.

However, traditional reporting tools are not enough in today’s time. They produce tables of numbers and statistics and while they can be adequate in certain situations, today as the demands are fast-paced ones, they are becoming unsatisfactory.

On the other hand, dashboard reporting tools are much more interactive and it is more efficient in making its viewers easily digest the information it provides. They also use graphs and charts but other visual presentation types are also used in order to avoid the discussion turning into a boring situation. By having such tool, you can effectively relay the information you want to be disseminated. Dashboard reporting usually deals with two types of data, actual and planned. One example is the amount of revenue that has been budgeted and its actual results.

The major advantage of dashboard reporting tool is its quickness and effectiveness in the overview of key performance indicators. But, as it is a new tool in the business world, there are a lot of different aspects that one cannot easily learn from such quick and flashy presentation techniques.

Having such advantages, issues are also presented. Most dashboard products are presented two very important issues – user satisfaction and adoption. These two dimensions are difficult to grasp if the data are not presented in a comprehensible manner. It can be unproductive looking at rows and rows of numbers on reports, so introducing a graphic way of presenting data is often necessary.

On one hand, traditional reporting tools have their worth also. They are not deemed useless as we enter the modern era. One example is a PDF report which is used for organizing a large batch of information for purposes of mass distribution. They are used to present updated and visual methods coming from traditional reporting tools that have been proven to be effective over the years.

As the use of dashboard reporting tools continues to spread in the business industry, we should not forget that there are a lot modern tools aside from the dashboard to help you out for your company’s success. There are also some business organizations which still rely in traditional reporting or even use both good reporting software tools in a balanced approach for a perfect and successful business performance. After some time, you might make out your own technique or combination that is sure to be effective for your business.