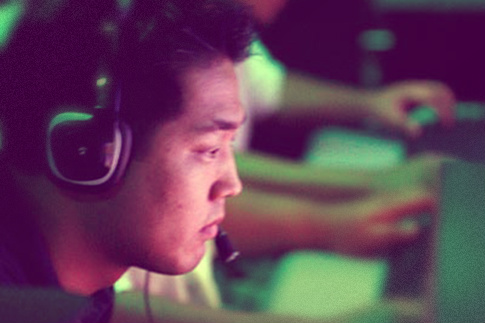 How will you tackle the addiction of your child for online gaming? A  Chinese father opted a unique method to tackle his son’s such addiction by hiring the in-game assassins.

According to a report that has been published on the website of Kotaku.com, Mr. Feng hired an online hitman who would exterminate his son’s character in the game repeatedly, so that his son becomes frustrated with online games. The person had taken the step due to his son’s extreme gaming habits.

Mr. Feng resorted to such unique and extreme step after his son Xiao Feng, aged 23 years, showed very poor performance in his school results and was unable to land a good job because of his extreme addiction to online games.

The report on Kotaku.com cannot yet confirm the location and the process through which Mr. Feng got hold of the in-game online assassins. However, he was cited saying that the players that he had hired as assassins were strong enough and with higher levels of characters in respect to what Xiao Feng, used to play.  The idea of Mr. Feng was that, his son would get extremely bored while playing the games in case he gets killed the moment he logs on. That might result him in concentrating more on searching for a job”.

Xian Feng, who was riding with confidence about his gaming abilities, was initially set back and shocked to see his character getting killed every time he logs in, but he realized and started suspecting that something is fishy in the games.

After confirming with many other similar players, junior Feng soon learned about the plot of senior Feng. But instead of quitting or reducing his game playing sequence, his gaming addiction got exaggerated to its extreme end and he also confronted his dad over the issue.

The report further added that the style in which Mr.Feng tried to bar Xiao from playing online games was the best idea that had been initiated by any person ever, in China.

The option of choosing an online hit man was a very unusual way of approach by the worried father, rather than arranging for a rehabilitation course in the addiction camps or restricting him from accessing the internet games.

This 23-year old youth started to play the video games just at the time he entered high school. He mastered over the Chinese role-playing games that were meant for online gaming.

Mr.Feng was reported saying that the younger Feng scored very poor marks at school, resulting in not getting a suitable job for himself and this all was only because of his gaming addiction.

He also sounded annoyed of his son not landing for a suitable job. He was worried that he will make excuses by saying that he cannot find a job of his interest. Junior Feng could not even last for three months in a company, developing software. Xiao Feng was also reportedly mentioned to his father that he was just taking certain time to find a suitable job according to his choice.

These words from the son have relieved Mr. Feng to some extend. However, it was unclear whether he recalled the said assassins or whether junior Feng ultimately landed at any job.