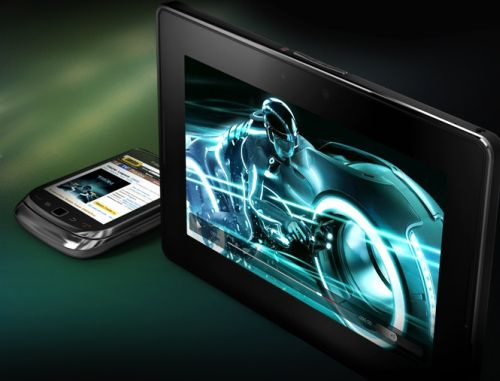 In 1999, a barely known company called Research in Motion found a way to put an email client on a pager. They called it the BlackBerry. Four years later, it became the first real smartphone integrating web, telephony and email into a pocket-sized device. It was a business success. The BlackBerry range of devices – in a phone marketplace barely recognizable from the state of play a decade ago – still maintains a stubborn and loyal following among professionals in all spheres.

RIM’s move into the thriving tablet market renewed a focus on meeting business needs. Indeed, BlackBerry PlayBook reviews have continued to assess the new product’s aptitude for business success. Going forward, RIM must retain the stable business power-base that professional consumers of the BlackBerry brand have come to expect. Much of the company’s recent in-house development, therefore, has been directed towards this.

RIM’s BlackBerry Bridge app was launched with the sole purpose of unifying the user experience across different devices, enabling shared files and services between BlackBerry smartphones and the new BlackBerry PlayBook. Conventional BlackBerry smartphones can now double up as remote controls for the tablet – useful for professionals that have a lot of presentations to give. RIM has also put a lot of effort into tightly weaving its client apps into the Enterprise Server middleware (as have major third-party developers behind such apps as Documents To Go), smoothing the process of device integration into corporate IT infrastructure – a major plus point in the era of Bring Your Own Device (BYOD).

As with many mobile platforms these days, integration is also the name of the game at the front-end. RIM’s Messages app demonstrates what is surely now a fait accompli: the blurring of boundaries between ‘traditional’ email protocols and web-based social networking. Few businesses can afford to take their eyes off Facebook and Twitter nowadays. Likewise, The Verge’s BlackBerry PlayBook review rates the tablet’s native calendar and contact management apps – business necessities from the outset – and their now fully-functioning social media integration.

RIM also continues to lavish attention on that most unsexy, yet vital of concerns: security. Apart perhaps from government agencies, there is no other enterprise more likely to be concerned with helping those in business conduct affairs on a need-to-know basis. It is fair to say that the BlackBerry platform as a whole – and the BlackBerry PlayBook in particular – excels in this area. Its data encryption methods meet the federal government’s FIPS-140-2 security standards, unlike any other tablet on the market today. It’s a plus point that should reassure even the most paranoid of potential business users.