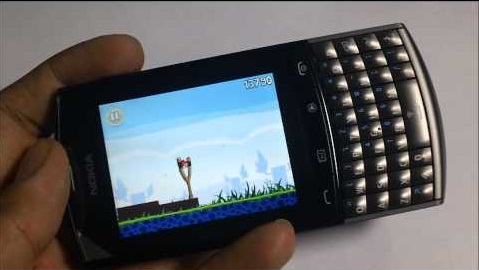 When it comes to mobile gaming, smartphone devices get all the love. But most don’t realize, or perhaps they forget, that feature phones – you know, those ancient devices that are neither Androids nor iPhones – are actually still used by millions around the world. Not only do people still buy them, they‘re making some headway in the app-centric world of smartphones. The truth is, the feature phone gaming market is largely untapped by mobile game developers currently focused on (or, as some would say, distracted by) the Android and iPhone market.

The Benefits of Feature Phone Gaming

Saying that smartphones are expensive wouldn’t necessarily make headlines. But the myth surrounding feature phones is that they’re somehow less effective, and not worth the investment for gaming developers. It’s not hard to debunk this myth. To date, over a billion feature phones have been sold worldwide. In the U.S. alone, nearly 30 percent of all feature phone owners use their phones to play games. With a major portion of mass-market phone makers moving from touchpad to touchscreen design, the need for a major overhaul of feature phone mobile gaming is fairly obvious. In short, the mass-market handset gaming space is more profitable than it’s ever been.

· Symbian – Symbian, purchased and reimagined by Nokia in 2008, has been fueling the feature phone industry for years. While it was rumored in mid-2011 that Nokia would abandon the mobile platform in favor of more smartphone-friendly development tools, there are plenty of developers still hard at work building apps and games for Symbian-powered feature phones.

· BREW MP – A staple of the feature phone development establishment, BREW MP was developed by Qualcomm over a decade ago. The platform is currently being lauded as the life force of the mass-market handset industry. With their stable of sophisticated MobileDev tools and ability to work with any platform, this assertion is often difficult to argue with.

· Zynga – Known for popular social games like Words With Friends and Farmville, Zynga has kept its hand steadily on the pulse of feature phone gaming. Recently, the social gaming giant revealed their plan to bring the ever-popular Draw Something to Nokia’s new S40-powered Asha Touch mass-market phone.

· BREW MP – BREW MP, the darling of the mobile gaming development community, stepped into the feature phone game market with Daily Blackjack. In 2011, the game was rated as one the highest grossing app in the Verizon Media Center. This is, by all accounts, an incredible feat for a mass-market handset app based on a free, public domain gaming app.

· Rovio – Earlier this year, the popular smartphone game developer Rovio unveiled their plans to create an Angry Birds version for feature phones. Since 2009, Angry Birds has been downloaded over half a billion times. With millions of feature phone users worldwide eager to play the addicting bird-launching game, that number is expected to grow significantly in the coming months.

· EA Sports – The massively popular sports game developer is most famously known for high caliber console games. Now that they’ve made the jump to the feature phone market, they’ll enjoy a significant market expansion if they play their cards right. Initially, there will be 40 EA games available for download on S40-powered feature phones.