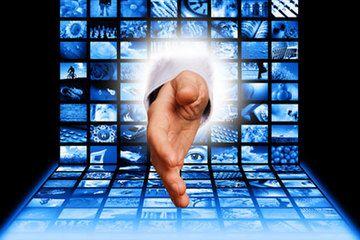 In days gone by, an intrepid youth could walk into an office with a résumé and walk out with a job. Now, though? That brave youngster might get turned away at the door. Some places won’t even accept a paper résumé, preferring a digital document or a candidate’s LinkedIn profile.

In 2012, Jobvite surveyed 1,000 businesses worldwide; 92 percent of recruiters surveyed reported using social media, like Twitter, Facebook or LinkedIn, to find talent. In fact, with the widespread use of digital employment screening, recruiting can happen without a single piece of paper or drop of ink being used. Social media and other online tools are being used to find and entice top talent.

While LinkedIn is the most popular social networking for recruiting, two-thirds of surveyed businesses used Twitter while just over half used Twitter, showing increases of about 10 percent each over the course of two years. With over 900 million users on Facebook and over 500 million Twitters users as of April 2012, it’s easy to see how social media came to be important to so many companies. But how are these services actually used?

The first step in recruiting with social media is understanding each social network. LinkedIn exists to connect professionals to one another and to allow companies to post jobs. Facebook is geared toward personal uses, connecting people with friends, family and close business colleagues. Twitter is a micro-blogging network, aimed at allowing people to share small pieces of information quickly.

Using LinkedIn can be as simple as paying to post positions, but if you lack the budget, you can 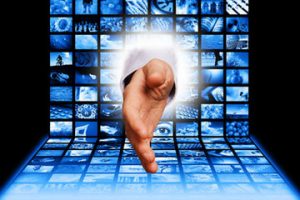 rely on building your network. Start with people you know and branch out from there. Connect to friends and family, too; just because Uncle Carl lives 2,000 miles away doesn’t mean he doesn’t have valuable contacts closer to you. Ask for recommendations from your first degree network. It’ll take a lot of time to build a quality network, but when everyone you connect to is also connected to a few hundred others, it’s worth the work.

Facebook allows you to post jobs for free, with just some basic information in place. You can search for users, groups and pages or place ads targeting only the people with the qualifications you’re seeking. Twitter is even easier. If you’ve built up a solid, engaged following, you can just tweet about an available position and count on your network to get the word out. Though Facebook and Twitter aren’t exactly geared toward people looking for jobs or companies trying to find employees, they can still make a valuable addition to your recruiting efforts.

Of the companies who participated in Jobvite’s survey, 49 percent saw an increase in total candidates while 43 percent saw higher quality candidates. 73 percent of these companies successfully hired a candidate found through social media, an increase of 15 percent from 2010. In an era where only 53 percent of employers have an official social media policy, the increases in quality and quantity in recruiting on social media platforms is significant. Though many companies are wary of social media, the data indicates that they could reduce the time it takes to hire, increase employee referrals and become more engaged in one of the defining aspects of modern culture.