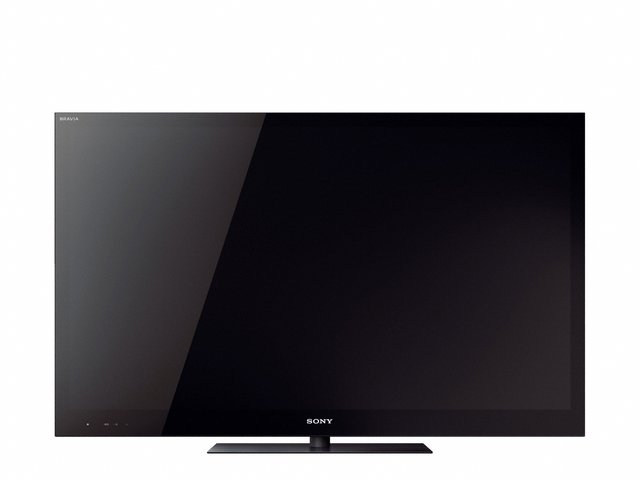 Televisions aren’t just televisions anymore, which is a truth that becomes more apparent year after year. At a cost of anywhere from $1,939.94 to $3,058.00, depending on the store deals, this 55-inch HDTV offers not only a crisp viewing experience, but also has many of those features that make it more than just a TV.

The resolution is high, at 1,920 by 1,080, which makes for super-detailed viewing on the edge-lit LED. The LED is shielded by a Gorilla Glass LCD screen, protecting the LED surface from liquids and scratches. Although not quite artificial intelligence, the KDL-55HX820 is getting closer with its presence sensor and automatic shut-off feature. There’s also an energy-saving switch and ambient light sensor. These features mean not only saving money on electric bills, but also extending the life of the television.

The KDL-55HX820 supports 3D HD films, the future of visual entertainment, and even includes an image processor that improves regular or older images. As for glare, the KDL-55HX820 combats it with Sony’s OptoContrast, which means that the Gorilla Glass is closer to the screen, reducing the possibility of glare.

As for the television itself, even switched off it is pleasing to look at. It has a streak black and curve-less appearance. The LCD itself rests at a partial angle and the stand on which it sits can move to manage the 178 degree viewing angle.

The KDL-55HX820 hosts advanced software for the best possible image quality. The Sony X-Reality engine not only cuts down on any noise made by image production, but it also powers the Intelligent Image Enhancer, which in turn improves the color, texture and contrast of images. If that’s not enough, the KDL-55HX820 also boasts Super Bit-mapping, which levels out color differentiation. Finally, the Motionflow XR 400 provides a 200 hertz frame refresh rate, and the backlighting in the individual frames makes images crisper by preventing flickering.

The KDL-55HX820 is compatible with many other electronic devices. With 4 HDMI ports, two USB connections, an Ethernet port and an HD15 PC video input, the television is more like a multi-purpose computer super monitor. With an interior memory, the input signals of every device connected to the TV can be compared.

Finally, the KDL-55HX820 comes with Sony Internet TV and Wi-Fi. Users can watch films through Sony’s Oriocity or Blockbuster (yes, it’s still around). With the built-in internet, users can watch a film and then check their e-mail or Facebook simultaneously.

In the world of HDTVs, the Sony Bravia KDL-55HX820 lives up to high standards, and comes highly recommended. That is, if you’re willing to dish out the money!