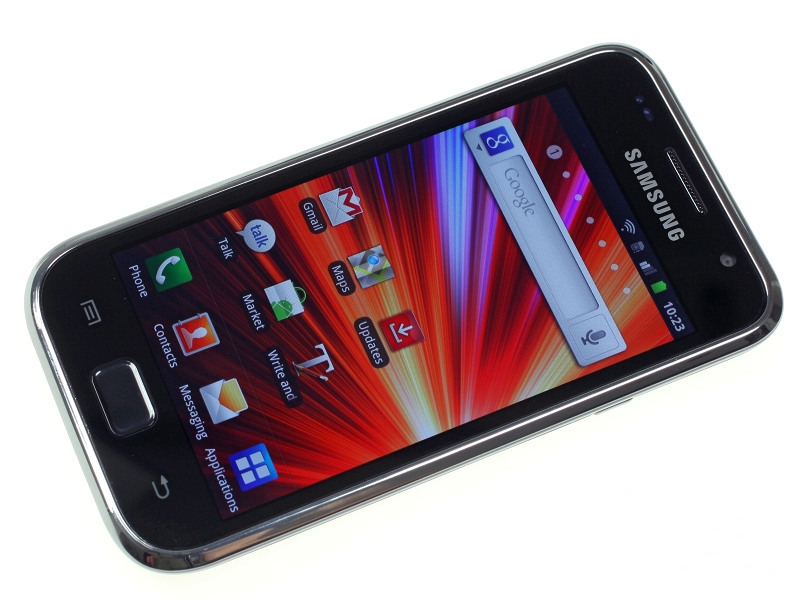 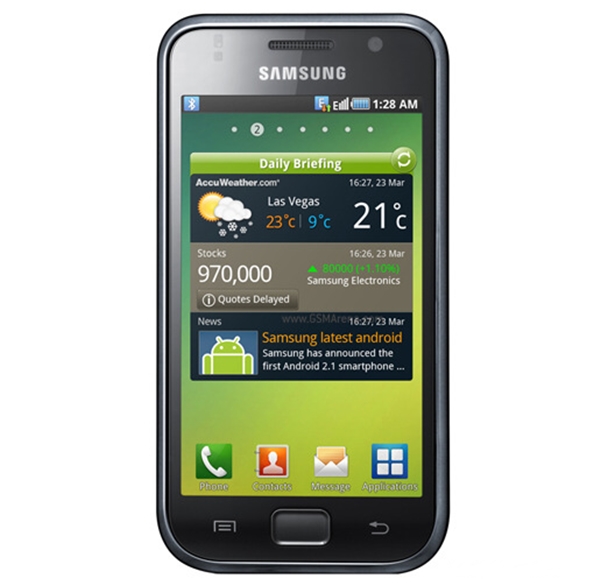 We’ve managed to nab some time with a weird new phone: the Samsung Galaxy S Plus.

We’re not sure that we can even call it a new phone, as it’s essentially the Samsung Galaxy S with a slight tweak under the hood.

The phone itself bears a striking resemblance to the original Galaxy S – it’s the same chassis if we’re honest, apart from the fact the rim around the edge is now a glossy chrome rather than the darker silver offering we were treated to before.

The rest of the phone is almost identical, with the weight ever so slightly lower than its predecessor, which sadly means no flash on the 5MP camera… still. It’s unforgivable really to have a phone that will cost towards the higher end of the scale without this basic feature.

The operation of the Samsung Galaxy S Plus is noticeably faster than the original, although not in general operation. The 1.4GHz processor (sadly only single core) is a 40% increase on the one used in the Galaxy S, and when opening and closing applications it’s obviously more snappy.

Another upgrade is the battery – we’re now treated to a 1650mAh offering which means the terrible battery life of the original should be slightly mitigated, although it will be interesting to note whether the faster processor will be more juice-hungry.

The internet browser was snappy too – we were impressed that we could jump between web pages only a shade slower than the dual-core Galaxy S2, and Flash video loaded and played quickly, although we didn’t get a chance to properly stress it with our normal full range.

The keyboard is the same as on the Galaxy S – we noticed absolutely no difference in this aspect – we had hoped for a couple of tweaks to improve this as it wasn’t always the most accurate on the market.

At least it comes with Android 2.3.3 from the get-go – without it, we couldn’t see a single person buying the phone. This means the same old battery and speed increases the Galaxy S brigade has been hankering after for so long.

It’s also popping TouchWiz 3.0 on top of the Android experience, like the Galaxy S – if only the new TouchWiz 4.0 overlay was on offer to make this a little more next-gen.

The Samsung Galaxy S Plus looks like it’s going to be launching exclusively on Vodafone in the UK – but brace yourself for some bad news. The phone will likely launch for at least £30 per month in order to get a free phone, which is a huge price to pay for a phone with a processor and battery upgrade.

When you consider that Samsung Galaxy S2 is available for a similar price widely on the web, it’s hard to see who’s going to be interested in last year’s hardware – but kudos to Samsung for going back and beefing up the specs.