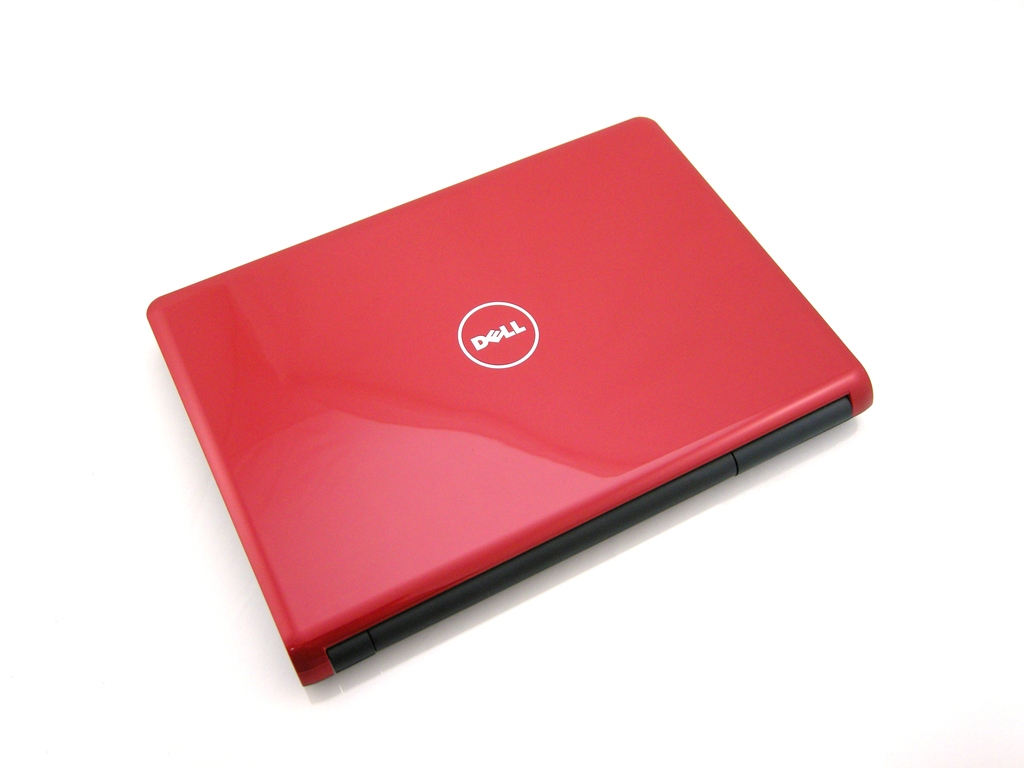 Dell spent most of 2009 making their laptops as thin and light as possible. Dell even went as far as adding a “z” to the names of the thinnest and lightest notebooks that offer the best battery life in each category. To that end, the Inspiron 14z offers consumers a laptop that promises “66% better battery life” for a modest price increase. Is the Inspiron 14z as impressive as it sounds? Keep reading to find out.

The design of the Inspiron 14z looks virtually identical to the Inspiron 14. The chief differences here are that the Inspiron 14z uses an Intel CULV processor, 6-cell battery and WLED display … all of which are intended to extend battery life. At first glance, the Inspiron 14z looks like an average budget notebook with a 14-inch display. The plastic construction, average screen resolution, and lack of a backlit keyboard certainly don’t give this laptop the same premium look and feel as the Dell Studio 14z.

The Inspiron 14z feels pretty durable despite the fact that the notebook chassis is constructed from relatively thin plastics. The only areas that suffered from flex were just above the keyboard next to the battery and the back of the display lid. If you press on the lid with your fingers you will create screen distortions, and you’ll hear some minor plastic creaking if you press down next to the battery. There is some minimal flex on the top of the right palmrest next to the optical drive, but you have to press pretty hard to make that happen.

When closed the Inspiron 14z looks thin compared to budget laptops from several years ago, but the weight of the 6-cell battery makes this system a bit too heavy to quality for the “thin and light” category today. The “Cherry Red” screen lid gives the Inspiron a nice candy-covered look, but Dell charges a $40 premium for the privilege of selecting red instead of black. Usually I don’t complain about that type of surcharge from the Dell Design Studio which offers your choice of more than 100 different designs by various artisits, but charging $40 to stick a chuck of red plastic on a notebook is a little excessive.

The bottom of the notebook features the battery and access plates for the hard drive and RAM. There isn’t much to talk about here other than to briefly mention the location of the two speakers on the bottom of the front edge (more on that later).

The 14-inch high-definition (1366 x 768) panel on the Dell Inspiron 14z isn’t quite as nice as the vibrant 1600 x 900 screen used on our review unit of the Studio 14z. The colors on this screen are generally good but contrast wasn’t as impressive. The WLED backlighting in our review unit is pretty even and offers a range of brightness settings. Yes, it is a 16:9 screen ratio, but that’s the new standard … we all have to live with it. Horizontal viewing angles are extremely good, so you won’t have any trouble sharing a movie with the person sitting next to you on a plane. Vertical viewing angles are average or below average with colors quickly washing out when viewed from above and colors begining to distort and invert as you move the screen back.

I was pretty impressed with the stereo speakers on the Dell Studio 14z, but I can’t say much in favor of the speakers on the Inspiron 14z. The stereo speakers produce average sound quality and are located beneath the front edge of the notebook palmrests firing downward at your lap. I usually call this type of audio “crotch speakers” because the speakers aren’t pointed up toward the user. If you’re using the Inspiron 14z on a desk then the audio from the speakers “bounces” off the hard desk surface and it sounds okay, but if you’re using this PC as a “laptop” then the sound is going to be muffled.

Bottom line, the speakers aren’t horrible … but the location isn’t helping matters. You’ll probably want to use a good set of headphones with this notebook, and the headphone jack produces clear, distortion-free sound.

The keyboard on our review unit has full-sized keys with acceptable key spacing and an excellent depth to the key throw. Each key has a textured black finish and a relatively flat surface. The keyboard is extremely firm so you won’t have to worry about keyboard flex while typing. There is a hint of flex in the keys on the right side of the keyboard directly above the optical drive, but you have to press down very hard to create flex in this area. My only minor aggravation is that the keyboard isn’t available with optional backlighting … making it harder to type in a dark classroom or dorm room.

The multi-touch, gesture-based touchpad is pretty average for a 14-inch notebook and the dual touchpad buttons have deep feedback with quiet clicks. The touchpad itself is an Synaptics model that uses Dell proprietary touchpad drivers, though I found the standard Synaptics drivers work as well. The touchpad was reasonably responsive with good sensitivity and very little lag. Touchpad accuracy was a bit off at times, but that may be correctable by tweaking the drivers.

The port selection on the Inspiron 14z is retty average for a budget 14-inch notebook with one or two exceptions. Dell included three USB ports, VGA and HDMI video out ports, Ethernet, and a multi-format memory card reader. Unlike the Studio 14z, which sacrifices an optical drive for the sake of portability, the Inspiron 14z includes a standard 8x CD/DVD burner with dual-layer support. The Inspiron 14z lacks an ExpressCard slot, FireWire, and eSATA, so if those ports are important to you then you’ll need to look elsewhere.